The gloves were on and enthusiasm was high as students from Lindenow Primary School celebrated National Tree Day last week with a visit to the upper reaches of Skull Creek.

Working with the GLaWAC NRM crew, the grade 4’s & 5’s planted over 500 native seedlings in an effort to help restore the 10 km stretch of wetlands near Lindenow.

With the new plants in the ground, the kids learned about the cultural significance of the site with Uncle Alfie Hudson and were excited to find a baby Eastern long neck turtle hatchling with the team from Bug Blitz.

The event was organised by Greening Australia (GA) in collaboration with the East Gippsland Catchment Management Authority with funding provided by the Victorian State Governments ‘Our Catchment, Our Communities’ plan.

Martin Potts, from GA appreciates the significance of being able to foster relationships with the environment from an early age. “These students are learning about the biodiversity and the cultural history of their own backyard. It’s important to give kids an opportunity to do their little bit, to be custodians and bring a little bit of wilderness back.” he said.

Grade four teacher Kate McNab appreciates the connection that these excursions bring to the biological studies being taught in the classroom. “It’s a great environmental activity for the kids to be out amongst the trees and animals that we’re learning about and great to be able to spend some time with Alfie learning about the culture of the area.  The baby turtle was just the icing on the cake“

Clifton Creek Primary School students travelled to the Nicholson River at Deptford to learn about the history of the area with members of the East Gippsland Catchment Management Authority (EGCMA), Greening Australia and Bug Blitz.

Walking downstream, students visited the old diversion tunnel built next to the river in a quest to find gold and had a hard time believing that the area once had a population of 300 people and it’s own local school.

With nets in hand, they were able to explore the tiny critters that live in and around the river and better understand what a healthy waterway looks like. They even found a Gypsy Jumping spider, which is common in NSW and Queensland but never before recorded in East Gippsland.

“It’s great for the kids to explore the local community”, said Sue Paul, Principal of Clifton Creek Primary. “The kids love a nature walk and are currently studying habitat and endangered species so it’s important to be able to connect what we’re learning in the classroom with what’s happening out in the world.”

Wetlands are more than just swamps, they serve an important ecological function and are important places for Traditional Owners.

That was the takeaway at the recent Wonders of the Wetlands tour, led by the EGCMA in conjunction with Greening Australia and the Lower Tambo Landcare Group.

Attendees had the opportunity to travel to sites along the lower Tambo to see the progress of works being undertaken by Greening Australia. They learned about the environmental and cultural importance of the Twin Rivers, while Birdlife Australia’s Deb Sullivan discussed the migratory birds who visit the Gippsland Lakes each year.

Project sites visited have been funded by the Victorian State Government as part of $222 million committed to improving the health of waterways and catchments in Victoria.

Community members from near and far descended on Lindenow South to celebrate turtles!

Did you know that many of Australia’s freshwater turtles are under serious threat due to fox predation and human activities?

Greening Australia and Turtles Australia know just how important these critters are to our wetlands and waterways and were keen to share their knowledge, particularly how to identify Eastern long neck turtles and use nest protection kits. With the Local Aboriginal Woman dancers, the Brabulung Warriors and the team from Bug Blitz on hand, a good day was had by all.

This event was funded by the State Governments Our Catchment, Our Communities initiative.

You might not think of the Eastern Long Neck Turtle as a predator, but in the swampy world of Aussie wetlands – home of waterbugs, tadpoles and small fish – the turtle is king! “They do a great service to the rivers” explains Dylan Hill from Turtles Australia. “They eat just about anything and keep the bugs down which really helps to promote healthy waterways”.

Greening Australia and the EGCMA are currently working together to improve the biodiversity of the Skull Creek wetlands near Lindenow. Martin Potts from Greening Australia thinks that connecting our local young folk with the catchment right on their doorstep is a pretty good idea. “These guys have all seen turtles around but today they’re learning different things about their habitats and their lifecycles; and how they can help to protect them and be aware of them.”

Grade five teacher Danae Murrell thinks that helping kids to get out and explore their own backyard and what’s happening in their local area promotes a healthy lifestyle and a sense of stewardship. “It’s going to be up to these students to create change in the future and to help protect our special places and pass them on to future generations.”

With gloves at the ready, students from Lindenow Primary School celebrated National Tree Day last week with a visit to the upper reaches of Skull Creek.

The grade 5’s & 6’s planted over 300 native seedlings, including the endangered Woolly Waterlily, in an an effort to help restore the 10 km stretch of wetlands near Lindenow.

With the new plants in the ground, the kids even found time to investigate the tiny critters that live in the waterholes with the team from Bug Blitz and got their dance on with a little help from Uncle Alfie Hudson.

The event was organised by Greening Australia (GA) in collaboration with the East Gippsland Catchment Management Authority with funding provided by the Victorian State Governments ‘Our Catchment, Our Communities’ plan.

Martin Potts, from GA appreciates the significance of being able to foster relationships with the environment from an early age. “These students are directly involved in improving the biodiversity around their own community, what better way to begin to understand the importance of protecting these wetland habitats as a whole.” he said.

Grade six teacher Adam Cairns appreciates the connection that these excursions bring to the biological studies being taught in the classroom. “It’s important that the kids learn that they can have an impact in the community, through planting trees and keeping the environment thriving, as they’ll be responsible for looking after it soon enough. “ 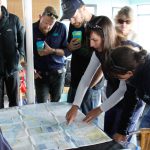 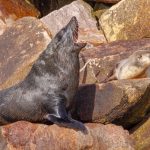 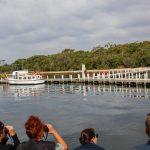 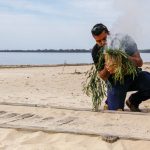 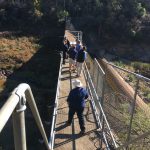 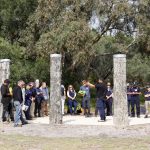 Local wildlife came out to say g’day last week as the EGCMA led a community ramble around the Red Gum Plains.

Folk who attended had the opportunity to travel to sites in Skull Creek, Bengworden, Forge Creek and Cobblers Creek to see the progress of works being undertaken by the EGCMA partners including Greening Australia, Trust For Nature, Gunaikurnai Land and Waters Aboriginal Corporation, Parks Vic, Gippsland Plains CMN and DELWP.

Wildflowers, a friendly echidna, birds and of course informative commentary from those in the know, were just some of the highlights of the tour. Project sites visited have been funded by the Victorian and Federal Governments to help maintain biodiversity of both plants and wildlife across the region.

Three buckets of seed is all it took for Greening Australia to regenerate ten hectares of Red Gum Grassy Woodland at a site near Lindenow South.

END_OF_DOCUMENT_TOKEN_TO_BE_REPLACED

Lindenow South Primary School students were out to play their part in the restoration of the upper reaches of Skull Creek last week on an excursion to connect to community and country.

CEO, East Gippsland Catchment Management Authority, Graeme Dear said, “the project is funded under the Victorian State Governments ‘Our Catchment, Our Communities’ plan which is supporting greater community involvement in managing our catchments.”

Working alongside members of Greening Australia (GA) and the Gunaikurnai Land and Waters Aboriginal Corporation’s On Country crew, nineteen students planted five hundred of the endangered ‘Swamp Everlasting’ and ‘Woolly Waterlily’ plants, and even found time to investigate the critters that live in the waterholes with the team from Bug Blitz.

“It’s great to be able to involve schools and the community to understand the importance of these wetland environments” noted Martin Potts, Project Manager for Gippsland at GA. “It’s not just about planting trees but the habitat as a whole. The waterholes along Skull Creek are very significant to this landscape so we need to understand that it’s not just about water but what’s living in the water, what feeds off that and how it all interacts”.

“Anything that gets the kids out of classroom is a good idea and met with 100% enthusiasm.” said Principal Michael Walker, “It was a magical excursion. The kids were all excited and it’s just opened up a new chapter of biological sciences at the school.”