Sunset Cove in Paynesville is perfectly positioned to capture picture postcard views. Locals and visitors alike can connect with nature along a 1.5km walking track which hugs the coastline, thanks in large part to the Paynesville Landcare Coastcare Group.

In 2013, the group recognised an opportunity to transform the area, which was overrun with exposed tree roots and garden escapees such as Agapanthus, and boasted a beachfront that was disappearing under a carpet of Kikuyu.

Six years later the Sunset Cove Walking Track is used by a broad range of the community and is currently rated the 2nd most popular tourist attraction in East Gippsland on Trip Advisor.

“Walking the track is good for your soul,” says member Jane Shaw. “I think it’s the fact that you’re walking through semi-native bush; you’re right on the edge of the water and it’s well known that you can walk with the dolphins and they’ll just travel along with you. You think “my, this is pretty special”.”

“It’s a pleasure to be able to provide the community with an opportunity to improve their health and wellbeing,” says Russell Peel, president of the group. “It gets people out of their house, gets them active and it’s a social thing. Visitors to the area swell in the summertime and where you just had the locals using the track, now they bring their family down and the tourists are using it too. It’s a lovely area to walk along, to befriend people and make new friends.”

“It’s a very tangible connection to nature as you’re taking the dog for a walk in the morning,” Jane adds.

Raymond Island is well known as a relaxing holiday destination with the promise of easy koala spotting and a leisurely lifestyle. Working to improve the bush outlook that visitors travel hundreds of kilometres to enjoy, is a year-round job for the Raymond Island Landcare Group.

For over a decade the group has been systematically improving the health of the island, home to an abundance of wildlife and migratory birds, one plot at a time.

Pam Williams-Wright, the president of the group notes how popular the island has become, “Melbourne is just so busy now that people are looking for somewhere else to retire to and we’re finding that people are moving up having visited the region only a handful of times.”  It’s this regeneration of people and enthusiasm and seeing the transformation in real time that keeps the group inspired to continue making a change.

With funding from Victorian Landcare Grants, the group have been working on eight separate sites for over 20 years.

Rob Wright has helped to regenerate 30 acres of bushland since he first moved to the island five years ago. “It’s not complicated” he says, “It’s going to take many years to see the benefits of our hard work but it’s not hard to see what’s already popping up. We’ve got to give back and get it back to something like what it was.“

“Our works have made a huge difference already, especially in the community. People are getting enthusiastic about it, they can see the effects of what we’re doing and that makes a huge difference.”

The Victorian Landcare Grants have recently opened for 2019-20 with grants of up to $20,000 available. If you are a member of a Landcare group or an environmental community group with a great idea for a project on your patch then you should consider applying.

Landcare groups across the region have been polishing up on their technical skills in recent weeks, undertaking computer software training provided by the East Gippsland Catchment Management Authority (EGCMA) in sessions run in Bairnsdale and Orbost.

The EGCMA has developed a simple to use software program to help community groups record projects they’ve undertaken and the improvements they have made.

Rena Gaborov from Goongerah Landcare Group appreciates the simplicity of the program and the ability to convey projects visually using a map. “It’s easy to upload our data, knowing that we can refer to what we’ve been doing over years just by clicking on different points.”

Carolyn Cameron, Community Projects Officer at the EGCMA, hopes that the training will ease the administrative burden on groups. “We’ve tried to create a simple program to help our Landcarers report on their projects and better convey all of the great work they do.”

This program has been developed with the support of the Victorian Landcare Program.

A new resource is set to benefit Landcarers throughout East Gippsland by removing the administrative burden that many groups feel and providing useful and relevant information.

A collection of resources designed to take the mystery out of good governance and record keeping, the handbook comes in electronic and hard copies and provides information on running a successful community group. It includes a variety of templates, from agendas and minutes to capturing volunteer hours, which can be customised by each group to meet their needs.

Penny Gray, Network Co-ordinator with FEVL, was instrumental in creating the handbook and is excited by the benefits of an electronic version. “The handbook provides a one-stop shop that we’ve never really had before. It will allow groups to get on with what they want to focus on rather than getting bogged down in paperwork.” 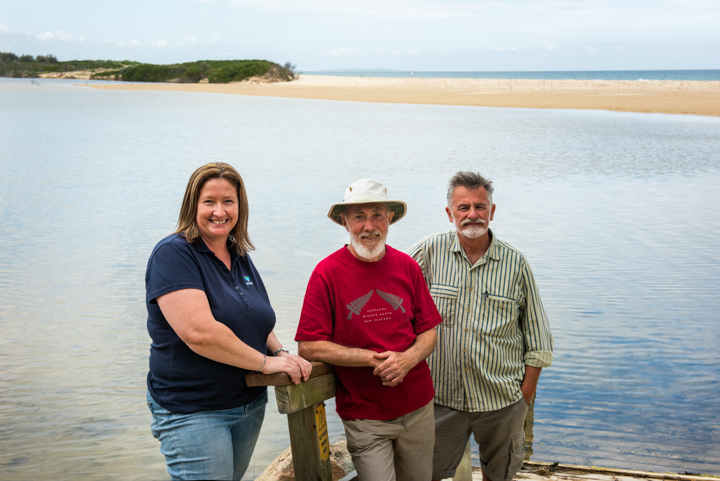 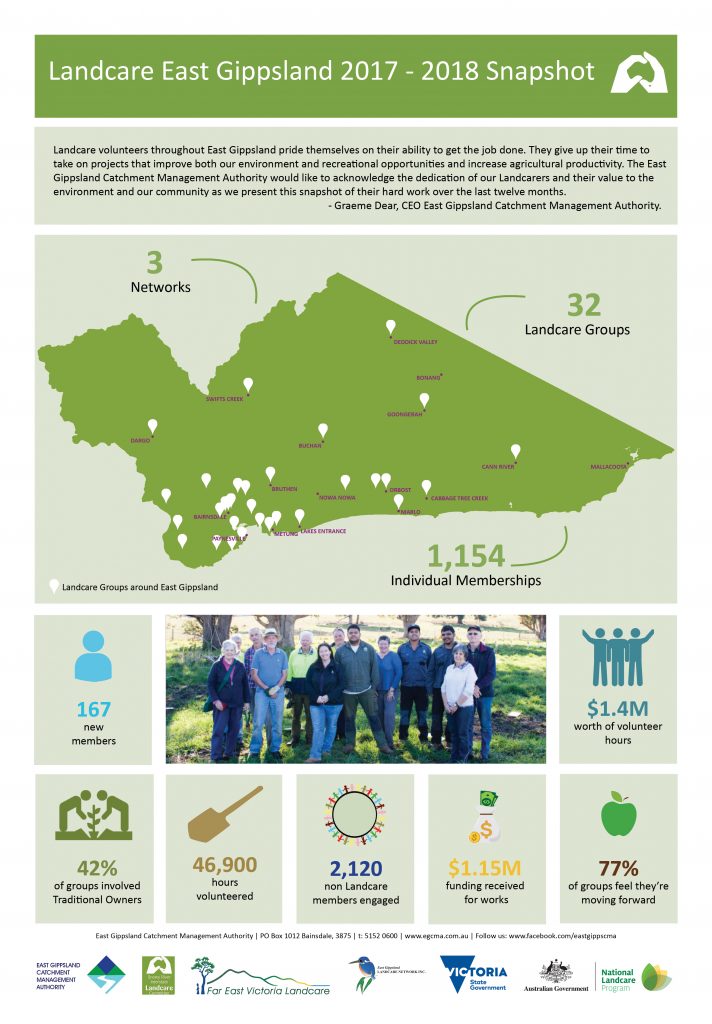