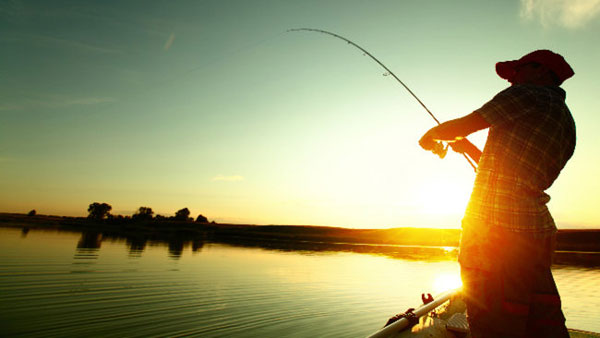 Healthy fisheries need healthy habitat – that was the message at the East Gippsland Fish Habitat Forums held at the Marlo and Nicholson Angling Clubs last week.

Organised by the East Gippsland Catchment Management Authority (the EGCMA), the forums were a good opportunity to discuss the state of the regions fisheries and have a yak with mates. Fishing legend ‘Bushy’ Busch fielded questions about local fish including Estuary Perch and Bass, discussed the benefits of catch and release and talked techniques specific to fishing the waterways of East Gippsland.

EGCMA CEO Graeme Dear was on hand to kick off the Angler River Health Grants with a total of $50,000 available to angling clubs who want to get involved with improving a patch of river in East Gippsland. The grants will give local angling groups the ability to work directly with the EGCMA on the river banks and surrounds that are important to them.

“Angling clubs are amongst the most active users of our waterways; they have completed fencing and revegetation projects in the past, been involved in water quality monitoring and in running kids education days” said Mr Dear. “Having people who love their rivers and fish is an advantage for us. By working together we can improve river health and ultimately get better fishing.”

Angler River Health Grants are an initiative of the Water Plan for Victoria and also compliment the State Government’s commitment to delivering its $46 million Target One Million plan for recreational fishing, which aims to grow participation to one million anglers by 2020.

There was movement aplenty on the Snowy River last week with the release of a significant environmental flow from the Jindabyne Dam. The equivalent of 3,200 olympic swimming pools of water was released in a single day.

Close to the NSW border, McKillops Bridge became temporary home to rafts, canoes and kayaks as paddlers keen for adventure navigated the river and it’s rapids downstream to where the Buchan river joins the Snowy.

The local wildlife was also out in force with platypus foraging, water dragons basking in the sun and birds of prey kept busy feeding their young.

Further downstream, scientists from the Arthur Rylah Institute (ARI) spent the week monitoring nutrient levels flowing down the river. The project, administered by the East Gippsland Catchment Management Authority (EGCMA) and funded by the Victorian State Government, is looking to determine what positive effect the nutrients are having on the wetlands and estuary.

Dan Stoessel from ARI said “If the nutrients are not coming down at the appropriate time then you don’t get all of the ongoing benefits for the fish so it’s important that these events occur, especially in the Spring.”

Graeme Dear, CEO of the EGCMA said,  “The Water Plan for Victoria provides for long term investment in waterway health that also improves the recreational value of our rivers for people like last weeks kayakers.”